Creates a new object based on a set of user-defined inputs.

Let’s say we want to create an object that represents a customer. This object might need 4 keys:  ”First name”, “Last name”, “Age”, and “Loyalty?”. We would create inputs for each key name, then set the input types:  the name fields default to Text which is fine, but “Age” should be set to Number and “Loyalty?” - whether they are a member of our loyalty plan - should be set to True/False.  This would give you something like this: 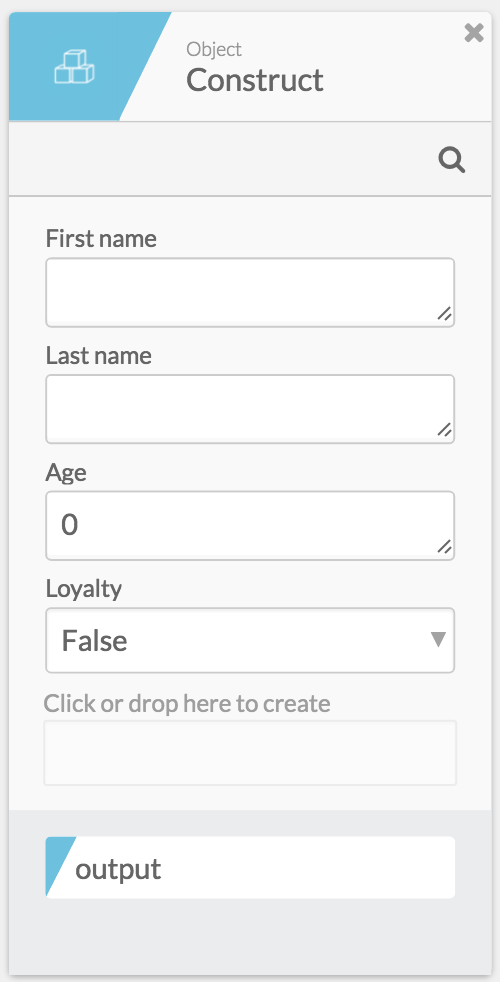 Then drag in fields to complete the card.  At runtime, supposing the Flow is executing on customer Jane Smith, age 29, who is a loyalty member, you’d get an output object that looks like this:

You can build any object using this function.  You can set the inputs to any type, including lists. As an advanced usage, if you want to define one of the keys as an object and you also want to construct that object at runtime, you can use two object.constructs - define the inner object first, then define the second object, setting one of the keys to type object. Finally, drag the output of the first card into the object key in the second card.